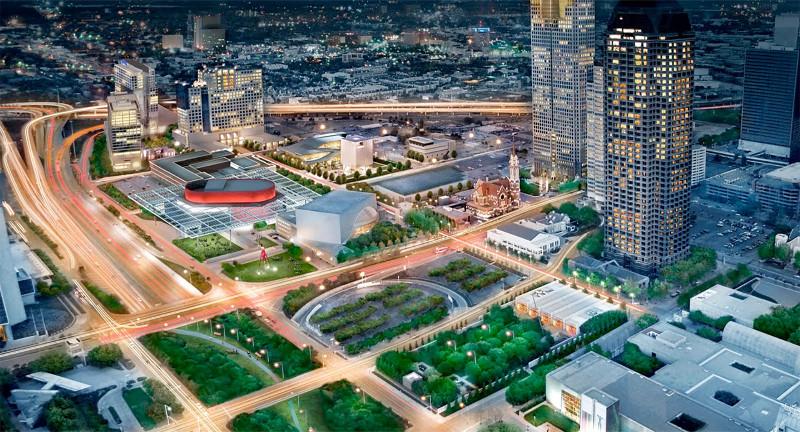 The Dallas Arts District is the largest contiguous urban arts district in the nation, spanning 68 acres and 19 contiguous blocks. It was created on January 26, 2009.

There are three museums in the Dallas Arts District: The Dallas Museum of Art, the Nasher Sculpture Center and the Crow Collection of Asian Art.

In the 1970s the city of Dallas hired a series of consultants to determine how the city could best house its arts and cultural institutions. In 1978 the consultants recommended that Dallas take the scattered major arts institutions from across the city and move them all together.

In 1984 the Dallas Museum of Art opened as the first institution in the newly made District. Through the next 20 years, the development of the Arts District continued with the Meyerson Symphony Center, the Crow Collection of Asian Art, the Nasher Sculpture Center, and the Booker T. Washington High School for the Performing and Visual Arts

The relocation of the major art institutions was complete In 2009, with the opening of the AT&T Performing Arts Center.

With the openings of Dallas City Performance Hall, Klyde Warren Park and The Perot Museum of Nature and Science in 2012, the District continues to meet its goals of being a hive for artistic and educational life by encouraging each visitor to explore their creative side.