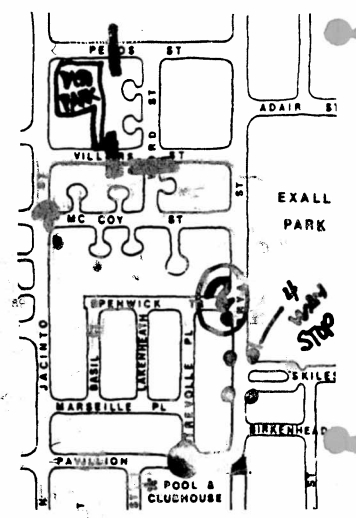 In last month’s newsletter. Cheryl Binnie, our Landscape Committee chair invited comments on ways to reduce the cut-through traffic traveling between Ross and Live Oak Streets. Based on comments from a number of residents. she has included further information for this newsletter.

Please read the attached information carefully. Board members have received a number of telephone calls from residents who are concerned that the neighborhood association will close their street. The neighborhood association cannot vote to close streets. Street closures are governed by the City of Dallas and require a vote from residents along streets affected by the closure. The City of Dallas has a formal procedure for street closures, which includes review by the fire and police departments. The neighborhood association has heard complaints from residents of several streets about traffic and would like to encourage property owners to contact Cheryl if they would like to ask the City of Dallas to distribute ballots for a street closure or other restriction.

Thank you for all of your input on this concept. A second map incorporating additional comments from residents is below. Keep in mind that this is just the initial stage of thought. Also, here are a few things that might not have been clearly explained in the information I provided last month;

1) We can rely on the City of Dallas for maximum support on this issue when we decide what we would like to achieve, The position of the City of Dallas is that Bryan Place streets were not constructed to accommodate traffic between Ross and Live Oak.

2) Proposed closures are reviewed by the police and fire departments

3) Affected property owners would be sent a ballot by the City of Dallas. The process is democratic.

4) If property owners in different areas of Bryan Place would like to build closures, we will assist them in having all closures written under one ordinance To ask for an ordinance covering all potential closures is more cost effective (about $1000) instead of having to raise $1000 for each closure ordinance.

5) Just because a closure is included under the ordinance does not mean that it must be built. The construction of each closure is paid for by funds raised by residents. Once an ordinance is passed, we could build one or two, and then we would have a year to decide which others, if any, would be constructed.